It’s not a bucket list; a bucket list is a collection of endeavors designed to give your life a semblance of meaning. Nor is it merely a to-do list, which, pretty much by definition, consists only of stuff you don’t actually want to do. It can’t even rightly be described as a set of goals, since goals implies at least a modicum of ambition.

Honestly, I don’t have a good definition for what I call, simply, my “list.” I mostly just think of it as a bunch of things I can do to keep myself mildly amused over the coming 12 months.

My friend Andy introduced me to the idea of the list sometime back in the day. I loved the idea and gave it a go, but in my initial attempt I failed to complete any of the tasks I’d set out for myself (though I came close to visiting Tiki bars in seven different states, and I did rent a violin and teach myself to play a D major scale). I tried again once or twice in the following years but with little to no success. Eventually, I gave up even creating a list to begin with.

Now, though, Andy has resurrected the idea. And he’s effectively pulled me back into the fray — mostly by shaming me in a public forum. In announcing his 2021 list, he made a thinly veiled reference to my lack of follow-through in completing the “beast of burden trifecta,” a challenge in which you must ride any three such animals (llama, camel, etc.) in the space of a year. I knew what he was doing — manipulating me into getting back on the list train — but I nonetheless took the bait.

Anyway, what’s done is done. Without additional ado, I give you my 2021 list! I’ll keep you posted as to my progress.

Create a comic book adaptation of my Tiki bar novella, ‘Walter Ledbetter and the Staff of Mirth.’ First, learn how to draw.

I suppose I’ll also have to finish my Tiki bar novella, Walter Ledbetter and the Staff of Mirth.

Wherein, at long last, I combine my obsessions with Tiki and fictional bands with my academic training in ethnomusicological theory

These two go together.

Read or otherwise learn about sacred texts for three world religions. See what all the hubbub is about.

If I’m going to become a wizened and wise, sage old man, as is my plan for the next 30 to 40 years, I’ll need to educate myself about a thing or two.

Participate in a historical reenactment 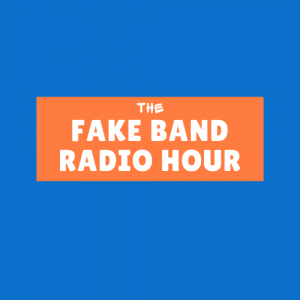